“I wish it need not have happened in my time," said Frodo.
"So do I," said Gandalf, "and so do all who live to see such times. But that is not for them to decide. All we have to decide is what to do with the time that is given us.”
― J.R.R. Tolkien, The Fellowship of the Ring

“She wasn’t doing a thing that I could see, except standing there leaning on the balcony railing, holding the universe together.”
—J. D. Salinger, A Girl I Knew

“What are men to rocks and mountains?”
—Jane Austen, Pride and Prejudice

"He stepped down, trying not to look long at her, as if she were the sun, yet he saw her, like the sun, even without looking."
- Leo Tolstoi, "Anna Karenina

“The curves of your lips rewrite history.”
—Oscar Wilde, The Picture of Dorian Gray

“And now that you don’t have to be perfect, you can be good.”
—John Steinbeck, East of Eden

“And in that moment i swear we were infinite.”
—Stephen Chbosky, The perks of being a wallflower


“He who reads much and walks much, goes far and knows much,”
― Miguel de Cervantes, Dom Quixote

“To be, or not to be: that is the question.”
—Shakespear, Hamlet

“A guy needs somebody―to be near him. A guy goes nuts if he ain't got nobody. Don't make no difference who the guy is, long's he's with you. I tell ya, I tell ya a guy gets too lonely an' he gets sick.”
― John Steinbeck, Of Mice and Men

“This planet has - or rather had - a problem, which was this: most of the people living on it were unhappy for pretty much of the time. Many solutions were suggested for this problem, but most of these were largely concerned with the movement of small green pieces of paper, which was odd because on the whole it wasn't the small green pieces of paper that were unhappy.”
― Douglas Adams, The Hitchhiker's Guide to the Galaxy

“We can know only that we know nothing. And that is the highest degree of human wisdom.”
― Leo Tolstoy, War and Peace

““Deserves it! I daresay he does. Many that live deserve death. And some that die deserve life. Can you give it to them? Then do not be too eager to deal out death in judgement. For even the very wise cannot see all ends.””
— J.R.R. Tolkien, The Fellowship of the Ring

“In spite of everything, I still believe people are really good at heart.”
—Anne Frank, The Diary of Anne Frank

“I am not proud, but I am happy; and happiness blinds, I think, more than pride.”
― Alexandre Dumas, The Count of Monte Cristo

“There are darknesses in life and there are lights, and you are one of the lights, the light of all lights.”
—Bram Stroker, Dracula

“...most men and women will grow up to love their servitude and will never dream of revolution.”
― Aldous Huxley, Brave New World

“You shall not pass!”
—J.R.R. Tolkien, The Fellowship of the Ring

“To love another person is to see the face of God.”
― Victor Hugo, Les Misérables

“If you want to know what a man's like, take a good look at how he treats his inferiors, not his equals.”
― J.K. Rowling, Harry Potter and the Goblet of Fire

“Maybe there is a beast… maybe it's only us.”
― William Golding, Lord of the Flies

“The more identities a man has, the more they express the person they conceal.”
― John le Carré, Tinker, Tailor, Soldier, Spy

“And now here is my secret, a very simple secret: It is only with the heart that one can see rightly; what is essential is invisible to the eye.”
― Antoine de Saint-Exupéry, The Little Prince

“I ate his liver with some fava beans and a nice chianti”
― Thomas Harris, The Silence of the Lambs

“It's only after we've lost everything that we're free to do anything.”
― Chuck Palahniuk, Fight Club

“Full circle. A new terror born in death, a new superstition entering the unassailable fortress of forever. I am legend.”
― Richard Matheson, I Am Legend

“Even the darkest night will end and the sun will rise.”
― Victor Hugo, Les Misérables

“A reader lives a thousand lives before he dies, said Jojen. The man who never reads lives only one.”
― George R.R. Martin, A Dance with Dragons

“When you have eliminated all which is impossible, then whatever remains, however improbable, must be the truth.”
― Arthur Conan Doyle, The Case-Book of Sherlock Holmes

“Go then, there are other worlds than these.”
― Stephen King, The Gunslinger

“Just because you’re taught that something’s right and everyone believes it’s right, it don’t make it right.”
― Mark Twain, The Adventures of Huckleberry Finn

"After all, tomorrow is another day."
― Margaret Mitchell, Gone with the Wind

"When they finally did dare it, at first with stolen glances then candid ones, they had to smile. They were uncommonly proud. For the first time they had done something out of Love."
― Patrick Süskind, Perfume: The Story of a Murderer

“I'll make him an offer he can't refuse.”
― Mario Puzo, The Godfather

“All it comes down to is this: I feel like shit but look great.”
― Bret Easton Ellis, American Psycho

“Let me tell you something my friend. Hope is a dangerous thing. Hope can drive a man insane.”
― Stephen King, Different Seasons (The Shawshank Redemption)

“Everything in life is just for a while.”
― Philip K. Dick, A Scanner Darkly

“We live as we dream--alone....”
― Joseph Conrad, Heart of Darkness (Apocalypse Now)

“Even a fool learns something once it hits him.”
― Homer, Iliad

“Then he made one last effort to search in his heart for the place where his affection had rotted away, and he could not find it.”
― Gabriel Garcí­a Márquez, One Hundred Years of Solitude

“I can't go back to yesterday because I was a different person then.”
― Lewis Carroll, Alice in Wonderland

“The mind is its own place, and in itself can make a heaven of hell, a hell of heaven..”
― John Milton, Paradise Lost

“Dumbledore watched her fly away, and as her silvery glow faded he turned back to Snape, and his eyes were full of tears.
"After all this time?"
"Always," said Snape.”
― J.K. Rowling, Harry Potter and the Deathly Hallows

“I see in the fight club the strongest and smartest men who've ever lived. I see all this potential and I see squandering. God damn it, an entire generation pumping gas, waiting tables, slaves with white collars, advertising has us chasing cars and clothes, working jobs we hate so we can buy shit we don't need. We're the middle children of the history man, no purpose or place, we have no Great war, no Great depression, our great war is a spiritual war, our great depression is our lives, we've been all raised by television to believe that one day we'd all be millionaires and movie gods and rock stars, but we won't and we're slowly learning that fact. and we're very very pissed off.”
― Chuck Palahniuk, Fight Club 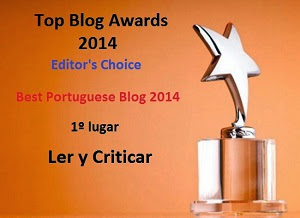